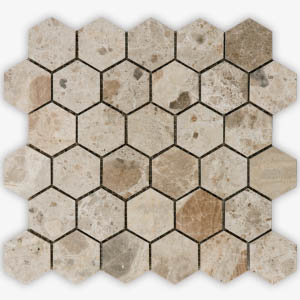 The mosaic  Artion  Exagon is consisted of  Artion marble pieces. All pieces have the same dimensions, which are glued onto a net 31,5 x 29 cm.

The Mosaic Artion Exagon has as a central idea the meaning of hive, an exagon shape. This material is primarily used for wall applications. The resistance of marble Artion in moisture, makes it suitable for wall coverings in bathrooms and kitchens.

Architects and interior designers are choosing marble Artion because it provides luxury and elegance. The mosaic Artion Exagon follows the lines of the horizontal and vertical axes, so often used in areas with absolutely classical lines. Furthermore, all mosaics, so mosaic Artion Exagon, used in places with vintage and retro style. 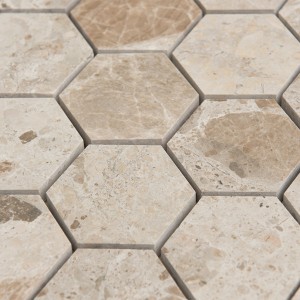 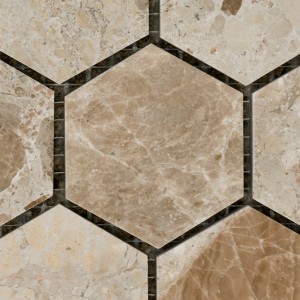 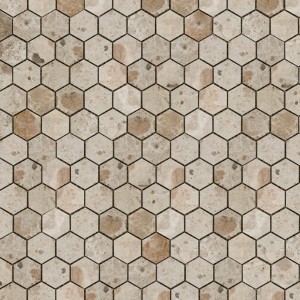